CJ Ujah: “I meditate every morning which keeps me grounded and focused”

British 100m champion on learning from Rio 2016, being the most confident he’s ever felt in a relay team and the power of meditation

As British 100m champion, CJ Ujah goes into the Tokyo Olympics with ambitions in both the individual and relay events, especially as this is the first Olympics since the retirement of Usain Bolt in 2017.

US champion Trayvon Bromell leads the way in the world this year with the 9.77, a time he set in Florida in June, and has won 11 out of the 12 races this year. However, he did finish fifth just two weeks ago at the Diamond League in Monaco and Ujah, who finished second to Bromell in the most recent Diamond League in Gateshead, believes that there is no “favourite” for the men’s 100m title in Tokyo.

“I understand the idea of him [Bromell] being the favourite but he’s never been in this position going into an Olympics so I wouldn’t call anyone a favourite. In terms of consistency, he has run the fastest time this year but he has also been beaten so it’s not like a Bolt where you’re looking at who’s coming second or third,” the 27-year-old says.

“If you get to the final it’s anyone’s game and we’ve all got to race and compete for it. It’s a different scene from 2014 when the likes of Asafa Powell, Justin Gatlin and Bolt were racing. Now, we’re all similar ages and we’re pushing to be the best in the world and to be that one.”

After clocking 10.16 in June to win the British title, Ujah heads a contingent of British sprinters including Reece Prescod and Zharnel Hughes. All three have clocked under 10 seconds but Linford Christie’s British record of 9.87, set at the 1993 World Championships, still stands.

“I feel all of us [Prescod and Hughes] have the capability of going under the 9.90 mark but I don’t think that can be my emphasis here [in Tokyo]. It’s a championships and times will actually come when you compete to win. All the sprinters will look at that record but I’m a true believer of just looking through the rounds and taking one race at a time,” Ujah adds.

“My focus comes down to the controllable and what I can control myself. I’ve been training so hard for five years. I’m 27 and you can’t take these opportunities for granted. Speed wise and races, I haven’t gone under 10 seconds but I’ve had a good year and I won’t be shocked on anything I see so it’s now about keeping my head down.” 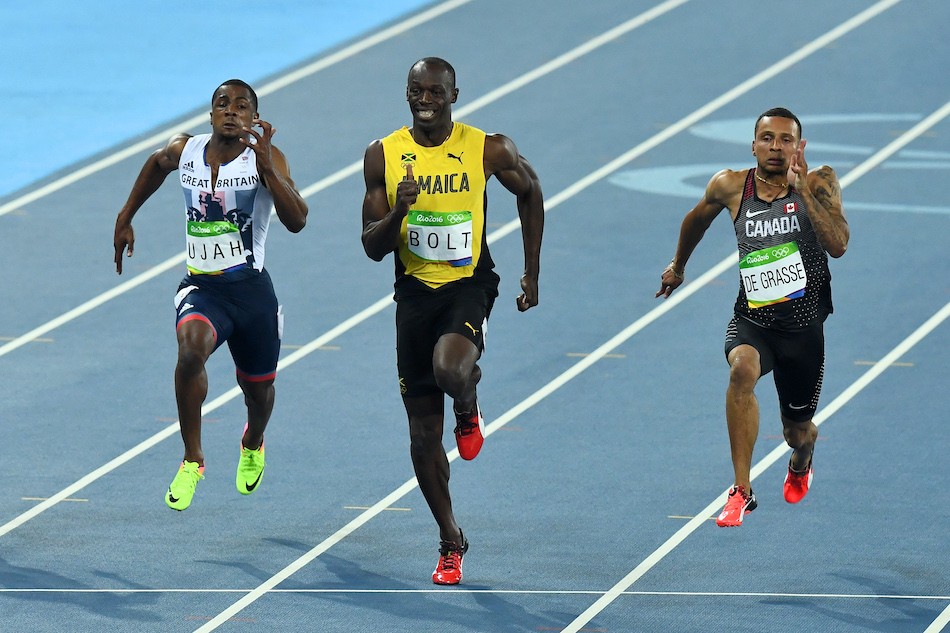 It’s a long way since Rio de Janeiro. In 2016, Ujah finished fourth in his semi-final and failed to qualify for the final. Then, before the 2019 World Championships, he pulled out with a back injury.

“I had injuries that were holding me back and you can’t just do much apart from recover as much as your mind is telling you to race. One of the hardest things for me was missing out on the Doha world champs in 2019 and those moments make or break people. I’m mentally strong and I went into 2020 aggressively,” Ujah tells AW.

On his disappointment at the 2016 Olympics, he adds: “I learnt to run through the line. The late Lloyd Cowan said that no final is given to you and that’s one of things that stuck with me when I didn’t run through the line as I saw Bolt easing up ahead of me. Don’t take any race for granted.”

One thing that Ujah has done to mentally prepare for his second Olympics is to meditate each morning, alongside listening to audiobooks and podcasts.

“I listen to podcasts on how Kobe Bryant and LeBron James prepared for their major games, plus an audiobook called Mindful Compassion which looks at Zen Buddhism and meditation which is helping me remain calm,” he adds.

“I mediate every morning and I spend a lot of time praying which keeps me grounded and focused. It’s kind of an oxymoron to remain calm when I’m that fast and it helps me not take it so personal, which is weird for me to say because it’s a race, but when you dive into the depths of the 100m you can mess it up.”

Meditation is something Ujah started because of Covid and the perspective it gave him.

“It’s like a very smooth talk of about 10 minutes every day. It’s a state of breathing, feeling relaxed and it’s a way to start my day. I started it in January and I feel a lot better for it. My daily routine stays the same in the lead up to a championships and if you change it that’s where people go wrong,” the 27-year-old says.

“You realise when Covid hit there’s more important things so I think it was a sense of passion as people were suffering and dying. Obviously this is my job and I love it but I want to be in touch with the real world and it doesn’t kill to be nice to people. You don’t know what people are going through at the end of the day.” 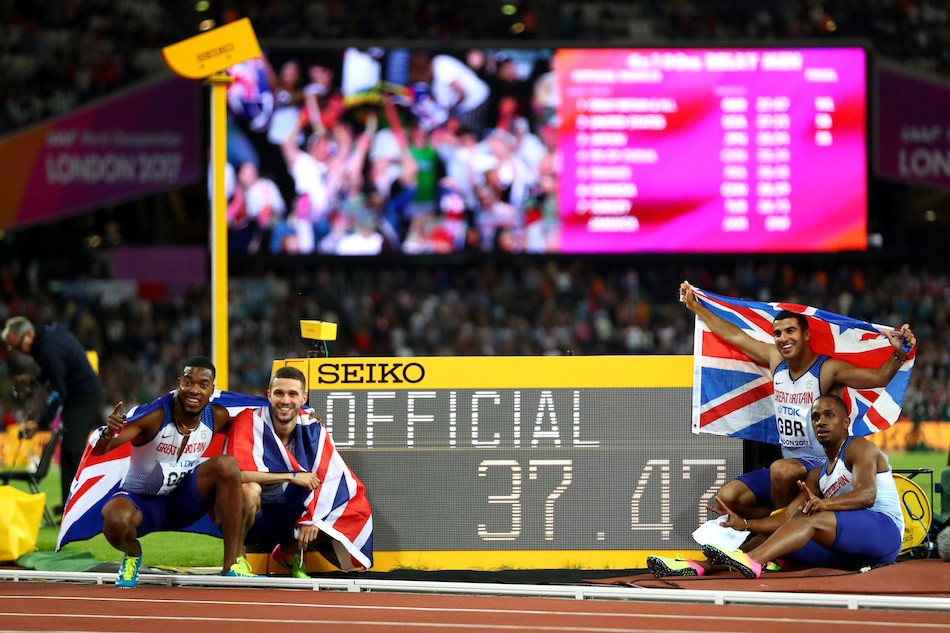 The Brit won’t have to wait long to get in involved in the action in Tokyo. The first round is on July 31 before the semi-final and final takes place on August 1. Ujah is also in the Great Britain 4x100m team, with the first round on August 6 before the final on August 7.

Having tasted success at the 2017 World Championships and 2018 European Championships, Ujah says nothing less than gold will do for Great Britain.

“This is honestly the most confident I’ve ever felt in a team. I can honestly say to you that we actually aim to only get the gold medal. Any other medal is not what we want and I firmly believe that I can help these guys,” he adds.

“In Gateshead we just wanted to put out a smooth performance and lay down a marker as we haven’t raced in nearly two years although we have to go faster.”

With Ujah now one of the more senior members of the British athletics squad, he’s keen to make an impact not just on but also off the track and wants to help inspire the next generation.

“I want to help grassroots and highlight track and field. I feel like the kids go into different sports and they don’t commit and someone like me or one of the sprinters from their areas can see us and they can relate as we’re from that place. It might not appeal to everyone but it may be a difference.”

Win a Samsung TV, £100 JustEat vouchers and a Sky subscription with our Olympics newsletter