The ‘Mid & East Antrim’ Antrim Coast Half Marathon, which takes place in Larne in Northern Ireland in late August, has secured a major coup with the signing of Haile Gebrselassie.

The 49-year-old, who won multiple global titles during his career, will run the inaugural Antrim Coast Classic Street Mile for fun with Jo Pavey, young athletes and parents on the evening of August 27 before joining race director James McIlroy to commentate on a half-marathon the next day that features Britain’s Marc Scott and Callum Hawkins and Ethiopians Yalemzerf Yehualaw and Jemal Yimer.

Yehualaw comes to this year’s race having broken the women’s world record over 10km with 29:14 in Castellon, Spain, in addition to running the fastest female debut marathon ever of 2:17:23 in Hamburg in April.

At the Antrim Coast event last year she appeared to break the world record for 13.1 miles with 63:43 but was denied the mark due to the course being found to be 54 metres short.

Yalemzerf will be joined at this year’s Antrim Coast event by her training partner Tsehay Gemechu. The 23-year-old Ethiopian comes to this year’s with a personal best of 65:08 and has been winner of the Lisbon Half-Marathon two years in a row and Copenhagen Half-Marathon in 2021. 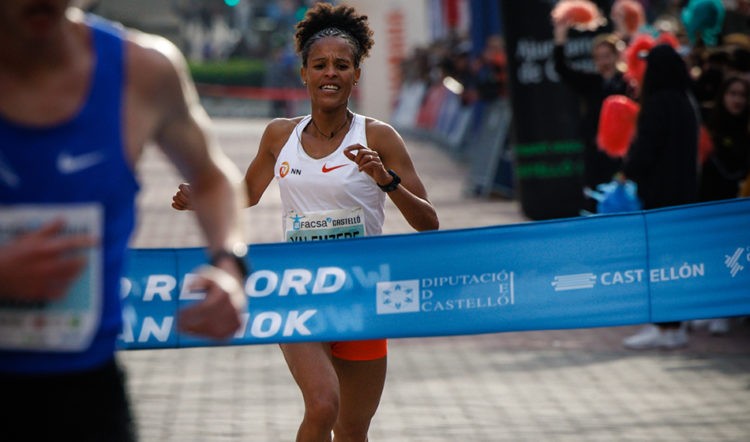 In addition for this World Athletics Elite Label road race there is Gete Alemayehu, who recorded 66:37 for second in Barcelona Half-Marathon in April. Beatrice Chepkemoi of Kenya, who has a PB of 67:29, will make it four women who have run under 67 minutes 30 seconds confirmed for the event.

The men’s race sees the first eight finishers from the 2021 race return for a second year. Ethiopian record-holder and last year’s winner, Yimer, is the fastest in the race with a personal best of 58:33.  He also comes into the race off the back of a 2:08 marathon in Boston in April and a 10km personal best of 27:49 over 10km in Atlanta last weekend.

Ethiopian Tesfahun Akalnew was runner-up in Larne 12 months ago and has subsequently recorded a 2:06:55 marathon in Amsterdam and will be looking to go one better than last year, while also getting under the 60-minute barrier. 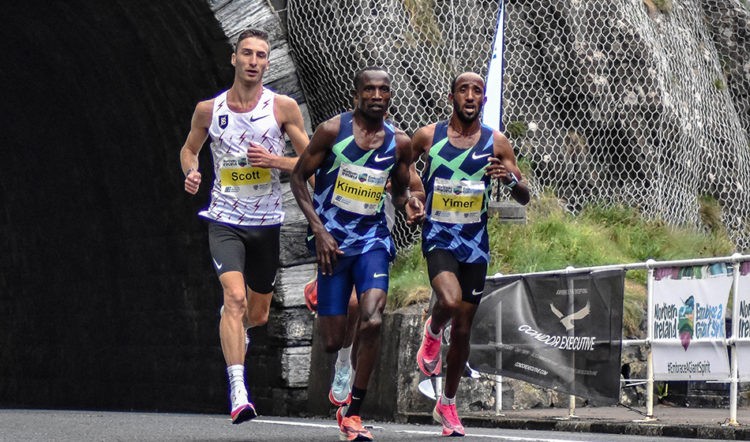 With eight Africans already confirmed in the men’s race who have run under 60 minutes it will give the British duo Scott and Hawkins the perfect opportunity to break the 60-minute barrier and get close to Sir Mo Farah’s British record of 59:32 which was set in Lisbon seven years ago.

Northern Ireland, Ireland, England and Scotland will also confirm their teams for the race in coming days, but a strong line up is guaranteed with 120 runners already confirmed in the elite race, which is double the size of last year.

James McIlroy, the race director and former 800m international, said: We’re delighted that Haile has agreed to join us for our one-mile run. He is one of the most talented athletes of all-time, and this event gives everyone the opportunity to run alongside the great man.”

Ruth McIlroy, wife of James and co-race director, added: “Everyone connected with the race and Northern Ireland as a whole are delighted that Haile wants to attend this year’s event. He will be running the 1st Antrim Coast Classic Street Mile on the Saturday evening, and what an inspirational athlete to have running alongside the kids and adults alike?

“Since Yalemzerf’s run last year when she appeared to have become the first women to have broken the 64-minute barrier, our elite runners coming from Ethiopia has multiplied five-fold, but having Haile Gebrselassie now confirmed is something special, as he’s loved wherever he goes.

“Yalemzerf’s coach Tessema Abshero paced many of Haile’s world record attempts on the road, and Haile also acts as a mentor to Yalemzerf, so to have both Haile and Tessema along with Jo Pavey participate in our first mile will be something pretty special.”

The half-marathon race will be shown on BBC online and iPlayer.

Entries are now open for both the Classic Street Mile, Kid’s mile run and Half Marathon here.

Abby Steiner replies via twitter, on the curiosity about her new professional running contract

KJT teams up with Aston Moore