Elliot Giles keen to bounce back from Tokyo…

Angela Tanui and Tamirat Tola impress on the roads in the Netherlands, plus news of a 12-year-old running sub-16min for 5km, as we bring you our regular results summary

Eilish McColgan’s brilliant British and European 10-mile record dominated the weekend’s action and there were plenty of good performances in the British Athletics Cross Challenge at Cardiff.

For coverage from the Great South Run, CLICK HERE

To read news from the Cardiff Cross Challenge, CLICK HERE

It was Tanui’s third marathon win of 2021 and improved her 2:20:08 PB from Ampugnano in April as she wore a white ribbon in memory of her friend Agnes Tirop.

Angela Tanui won the TCS Amsterdam Marathon in a course record of 2:17:57 and was wearing a white ribbon in memory of her friend Agnes Tirop. pic.twitter.com/IPIEiQqIeV 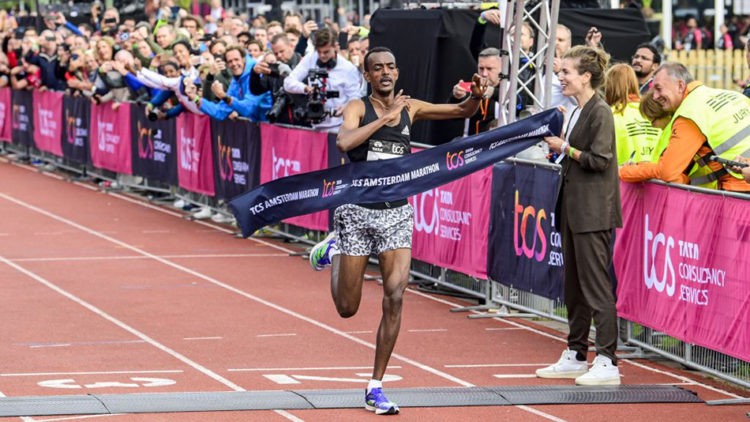 The former London, Paris and New York winner Priscah Jeptoo was only 10th in 2:32:09. 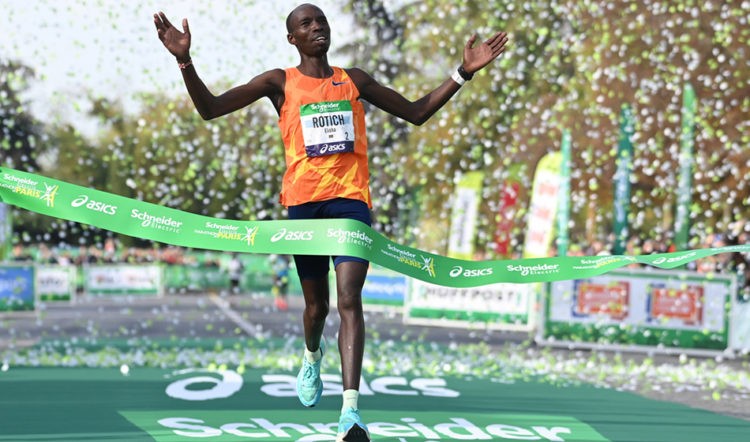 Ethiopia’s Abdera Adisa Tola won the men’s race in 59:54 while the 2014 European marathon champion Daniele Meucci impressed with a PB 60:11 in second. Mathanga Mbuleli was third in 60:17.

Lisbon Marathon, Portugal, October 17
There was an Ethiopian double for Andualem Bely Shiferaw (2:05:52) and Asayech Ayelew (2:25:07) while Beyata Dibaba also won the half-marathon in 61:21.

Simon Boch became the men’s champion in a sprint finish in 62:24 from Sebastian Hendel’s 62:25.

Benny Flanagat headed the men’s field to take the Canadian title in 28:41.

Naomi Mitai Chepngeno set a two-minute PB in leading home the women’s race in 30:34 ahead of Agnes Jebet’s 31:20.

Cabbage Patch 10, October 17
Paulos Surafel was first in 48:43 ahead of Ben Bradley’s 49:09 while Sarah Astin’s 57:09 gave her a clear women’s victory as she broke the hour for the first time. A more detailed report and leading results will be in our AW Clubhouse. 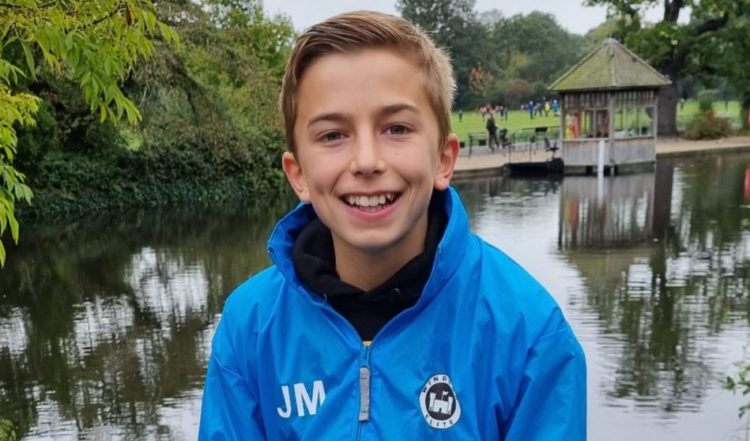 Dulwich parkrun, October 16
Twelve-year-old Jake Meyburgh, who already has the fastest UK 5km by an 11-year-old (16:25 in Ardingly in May) and ran the fastest under-13 leg in the English national road relays, ran a parkrun age group record 15:57.

That time is 29 seconds quicker than senior course record-holder Alex Yee ran as an under-13 on this course.

The fastest time on a UKA certified 5km road course by an under-13 is 16:00 by Nathan Young in Yeovilton (when he had already turned 13) and the second quickest mark is Meyburgh’s mark above while only 11.

Jonathan Cornish was leading man in 67:25. 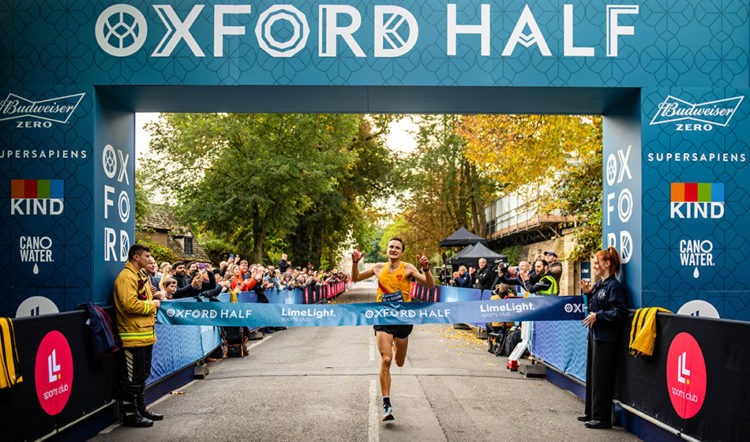 European under-23 steeplechase finalist Elise Thorner won the women’s 6km B race in 20:58.

Autumn Open Cross-Country, Dublin, October 17
Darragh McElhinney led home a big field on the purpose-built cross-country course that will be used in the SPAR European Cross Country Championships in December.

Nicholas Griggs stayed with the leading pack before verging off to claim the junior title over the shortened course of 6km in a blistering 18.26.

In the women’s race, Abbie Donnelly, who improved to 33:31.31 over 10,000m this summer, was clearly ahead in 21:04 from sub-2:30 marathoner this year and former Masters International winner Ann Marie McGlynn who secured the women’s masters title in 20.58. 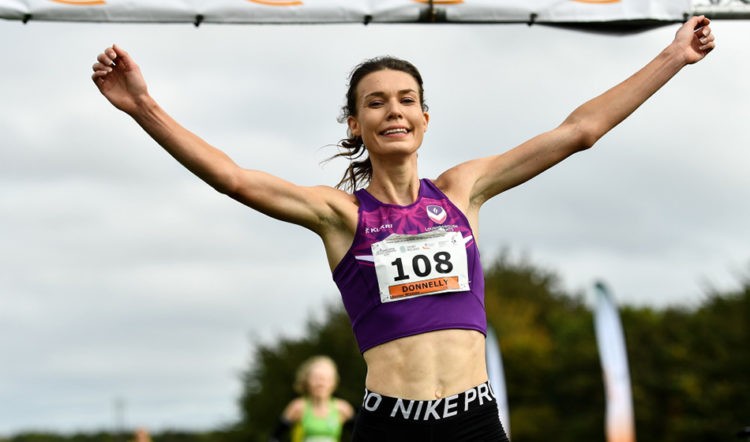 Manchester Area Cross-Country League, Wythenshawe Park, October 16
Nigel Martin, who broke 29:00 for 10,000m on the track this summer and ran 63:21 in the Antrim Half-Marathon, won a hard fought race with Cameron Field with both timed at 30:36. Martin led Sale Harriers Manchester to team victory. 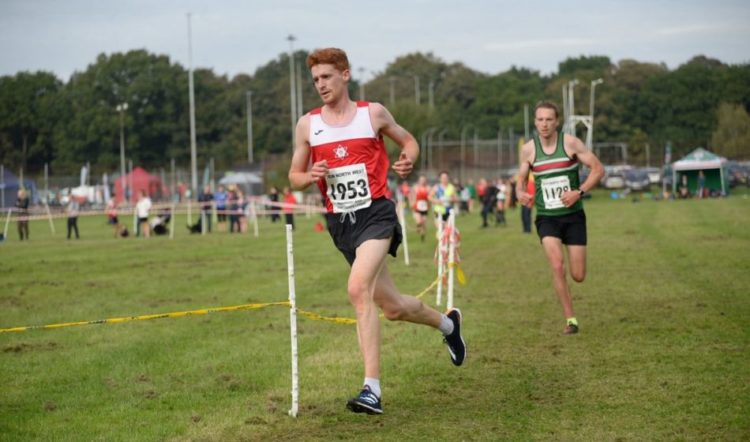 Georgie Bruinvels (23:49) won the division one race for her second claim club South London Harriers ahead of Guildford & Godalming’s Suzie Monk (23:59), though it was third-placed Grace Richardson who led Belgrave to a team win.

In the separate division two race, there was a win for Sarah Forbes-Smith in 25:29 though back in seventh, multi W55 record-holder Clare Elms led Dulwich Runners to team victory.

Belgrave’s second claimer Dylan Evans won the men’s race in 25:57 from Guildford’s John Sanderson (26:03) though Hercules Wimbledon led in by Charlie Eastaugh in fourth were very easy team winners packing eight in the top 20 where no else could manage more than three.

Bath Hawling, who has run for Britain in the under-23 European Cross-Country Championships and the World University Championships, led London Heathside to women’s team victory in 29:05.

North Midlands Cross-Country League, Derby, October 16
Top M40 Alastair Walker was first in the overall men’s race by over a minute in 31:43. Multi Midlands senior champion Juliet Potter, who joins the W40 ranks this weekend, was the women’s winner in 21:43.

Sussex Cross-Country League, Goodwood, October 16
Crawley under-17 competitor Yasmin Kashdan, who was sixth in the English Schools 3000m, led home the overall women’s 5km race by almost a minute in 17:41.

Brighton and Hove’s Will Cork dominated the men’s race for a 40 second 8km victory in 25:03.

Elliot Giles keen to bounce back from Tokyo disappointment

Most Amazing Skills And Talent EVER! REACTION!! |…

Grace VanderWaal, Sofie Dossi, And The Most Talented…